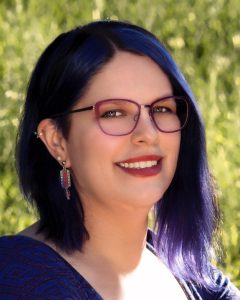 Effective on March 1st, Britta Ulm has been promoted to the newly created position of Project Director, FX250, reporting to the CEO.  In this position, Britta will have responsibility for leading the FX250 Floor Cleaning Robot through the final stages of development and into full production.   All engineering, testing, and support functions will report directly to Britta. She will be responsible for creating and sustaining a well-organized, focused and committed team.

Britta has been with Discovery Robotics since 2016 as Systems Engineer.  She holds a BS degree in mechanical engineering from the University of Colorado and an MS degree in Robotic Systems Development from Carnegie Mellon University.  She has previously held engineering positions at Lockheed Martin and AbiliLife.

“Britta’s leadership, discipline and high expectations will be invaluable in driving Discovery Robotics into the future.  I’m even more delighted to work with her as she assumes such critical responsibilities. I have every confidence in her,” said Kent McElhattan, President and CEO of Discovery Robotics.