Knightscope is a robotics company founded in 2013 in Silicon Valley. They are a leader in developing autonomous physical security systems. Their robots roam dark, empty buildings at night sensing for out-of-the-ordinary sounds and sights. If either of these are found, an alert is sent out and the proper authorities are notified.

On a weekly basis, Knightscope takes out full-page ads in national newspapers, namely the Wall Street Journal, advertising the price for a lease of their product. This week, in a bold marketing move, Knightscope CEO William Santana Li used this platform to pen an open letter to the students of America. In his letter, he references the increasing incidents of violence in schools and on campuses across the nation, an extremely hot topic due to the most recent deadly shootings in Florida.

Directly reaching out to students aged 14-22, Santana Li pleas with students to “work together on a solution while the ‘adults’ keep bickering.” In the same ad, he also strongly encourages corporate partners to match Knightscope’s donation, allowing them to introduce more security robots in more schools. He states that the kids’ safety “is the key to our future.”

Check out the full-page advertisement below. 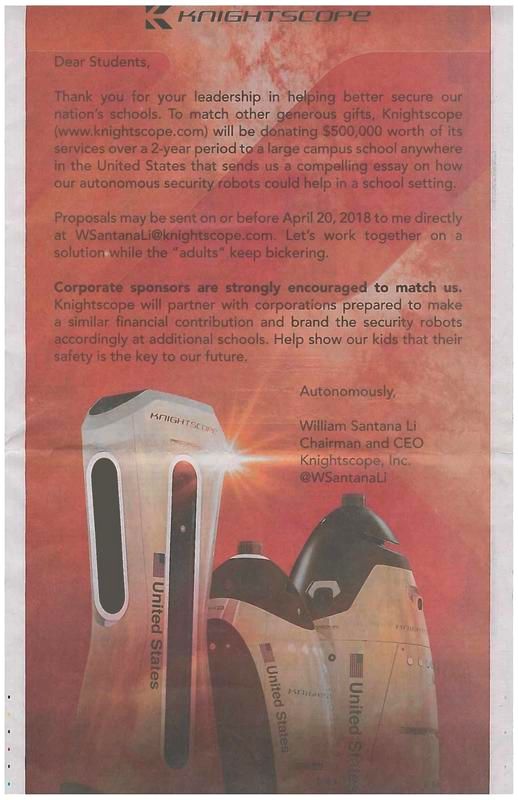