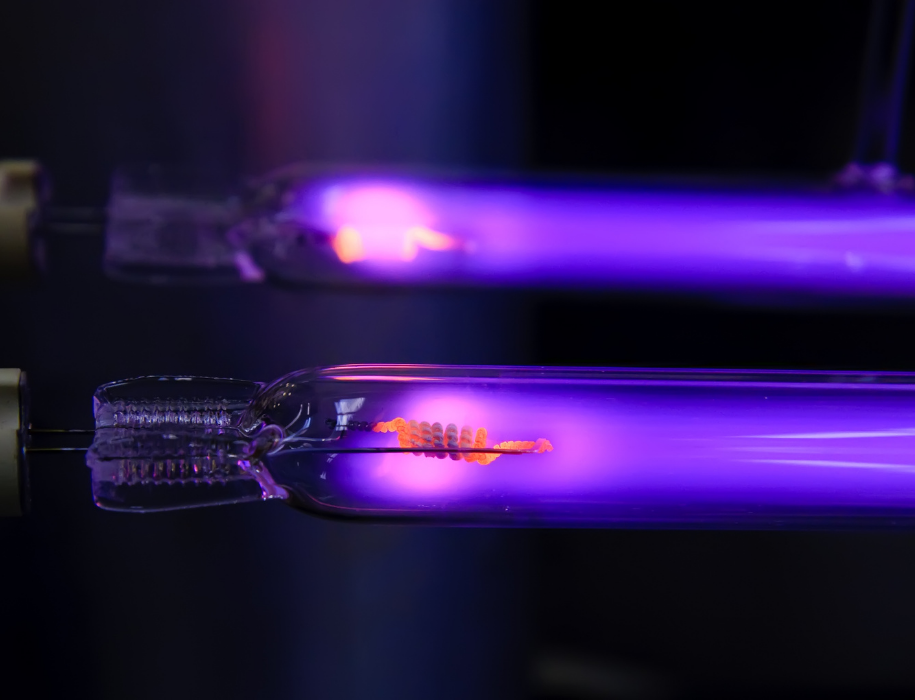 2020 has been a year lacking in travel, work, gatherings, and more. What hasn’t been lacking during the COVID-19 pandemic however is innovation. The entire world is focused on creating new ways to continue some semblance of daily life – including new methods of keeping surfaces and spaces virus-free.

One of the most popular disinfection methods reported on this year is UVC light – short for Ultraviolet-C light. This technology, as innovative as it seems, is not necessarily new. UVC light’s properties were first noticed back in 1877 by British physiologist, Arthur Downes. He discovered that the sun, which gives off UVC light, could kill limit the spread of bacteria. Years later, others built on this knowledge through studying the prevention of measles, E. coli, tuberculosis, and other viruses and bacteria. Now with the COVID-19 pandemic, many are focused on ways to implement this effective commercial cleaning method in high-traffic spaces.

What is UVC Light?

Before we dive into UVC light’s commercial cleaning capabilities, we’ll step back to examine what it is. First, UVC light is a type of radiation. Radiation is the emission of energy from a source. That source could be manmade like a microwave, or natural like the sun.

UV light falls on the higher end of the electromagnetic spectrum, above visible light – which produces the colors we see in the world. UV light comes in three distinct forms, A,B, and C, each with more energy than the last. UVC light is the most intense, energy-packed light of the three.

We said UVC light is the most energetic of UV light, and all UV light carries a great deal of energy. But how does this energy translate to effective commercial cleaning? High energy radiation breaks down molecules. This means the radiation’s energy destroys living tissues – including bacteria, viruses, and other living creature – cleaning the areas it touches.

The closest thing you can witness in your everyday life of the effects of UV radiation is getting burned from being in the sun without sunscreen. While the Earth’s Ozone keeps most of the higher energy radiation from reaching your skin and causing real damage, some UV radiation makes it through causing burns and other harm. Just imagine what stronger UVC light could do to viruses!

Who Uses It Now?

The Pros of UVC Light

UVC light can fully disinfect spaces, effectively reducing virus and bacteria spread. UVC light uses no additional chemicals, so there are no potentially harmful chemical residues or fumes left behind. Because of it’s properties, UVC light disinfection assures a thorough level of cleaning compared to other manpowered methods.

The Cons of UVC Light

At first glance UVC light seems like the perfect solution to pandemic commercial cleaning and disinfection needs. However, the method has some significant drawbacks.

First, UVC light is dangerous to humans. Remember the sunburn analogy? UVC light not only destroys viruses and bacteria. Exposure to UVC light radiation can cause severe burns of the skin and eye injuries. Because of this risk, UVC light should not be used in currently occupied spaces.

Second, UVC light’s effectiveness is limited. UVC light only works in it’s direct light path and can be blocked by other objects. This means that everything needing to be disinfected should be directly exposed to the UV light. For larger spaces, this would require multiple light sources to clean from different angles.

Third, UVC light’s effectiveness is also reliant on the exposure time. The UVC radiation doesn’t kill viruses and bacteria instantly but degrades microorganisms overtime. For example, to sterilize surgical equipment before a surgery, this may take up to 5-10 minutes under a UVC light. To disinfect an 8 foot container, this could take upwards of 30 minutes under UVC light. When comparing these items to large commercial spaces, the time needed to properly disinfect an entire room could be hours.

Should the FX250 Also Use UVC Light?

For all these reasons, UVC light is not a perfect solution for disinfecting commercial areas. Discovery Robotics appreciates the innovative thought that is being put into combating the COVID-19 pandemic and is excited to see where this innovation takes us next! Learn more about us today, and sign up for our Discovery Robotics newsletter for future FX250 updates. For questions or more information, please contact us at info@disc overyrobotics.com.